Now, those who want to be still and know God have increasingly fewer places to do so as the new liturgy turns more and more sanctuaries into tacky dance halls with bad music and gratuitous talking. Prayer is a rare occurrence. But there’s always the traditional Latin Mass for those who want prayer and adoration to come first (and people to remain in their pews). That’s the one job of the Church, after all. 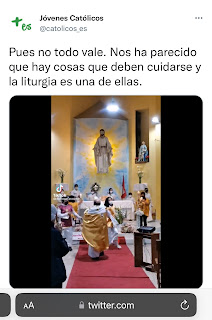