Holy Mass on the road for feast of Saint Mary Magdalene: “It is the truth that the backbone of a good work is perseverance.“ 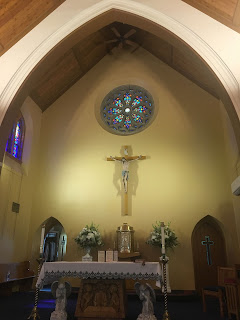 From the Sermons of Pope St. Gregory the Great.25th on the Gospels.Mary Magdalen, a woman in the city, which was a sinner, through love of the truth, washed away in her tears the defilement of her sins, and the words of the Truth are fulfilled which He spake Her sins, which are many, are forgiven; for she loved much. She who had remained chilly in sin, became fiery through love. When even His disciples went away again unto their own home, Mary still stood without at the sepulchre of Christ, weeping. She sought Him Whom her soul loved, but she found Him not. She searched for Him with tears; she yearned with strong desire for Him Who, she believed, had been taken away. And thus it befell her, that being the only one who had remained to seek Him, she was the only one that saw Him. It is the truth that the backbone of a good work is perseverance.

Father James Martin, with a straight face and with the presumption of his own intelligence, leads off his attack on the Church, which he claims to represent officially as a priest, with a false equivalency between ethnic blood, with which a person is born despite their own free choice, and the repeated free choice to knowingly engage in acts of sodomy.

As an operative of the transgressive he continues to baptize such a lifestyle as a political movement under the mantle "LGBT", insisting that other persons must be forced to submit to the agenda under the threat that they otherwise might no longer deserve be called "Christian".

The only way to remain Christian, in fact, is to be honest with regard to the truth about sin, the act of sodomy being one such if engaged in with sufficient reflection and full consent of the will. No personal opinion can change this fact. Neither Father Martin's opinion nor that of anyone else can do so.

Here is the video in which, once again, Father Martin panders to the mob while pretending he doesn't know the difference between one's birth in a particular ethnic group, which is never subject to a person’s free choice, and the responsibility inherent in the free choice always necessary for engaging in sex acts which are mortally sinful when done with sufficient reflection and full consent of the will:

As well, Father Martin continues to push the false notion that a qualifier can be placed before the word "Christian", such as "LGBT", while claiming that one can continue in the true faith as such.

One is either fully Christian, and thus deserving of the name, or one is not. Using a qualifier like "LGBT", which approves of and promotes the mortally sinful embrace of sodomy, is not only never a label like any other to be used with Christian, but in fact an agenda that opposes Christianity and cannot coexist with it.
Posted by MCITL at 7:28 PM No comments:

Joseph Falciano comes from a good Catholic family and I know him to be of the highest moral caliber and of firm and devoted Catholic Faith. He has been accepted to enter the FSSP seminary in Nebraska this Fall. 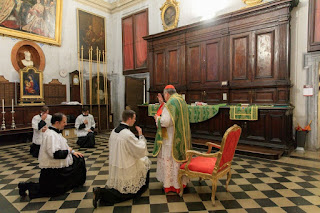 I recommend him most highly to you for your sacrificial support as a future priest who will serve well the faith of your children and grandchildren after those many of you who are now in a position to support him financially have gone to your rest in the Lord.

Please visit his GoFundMe site and make a pledge: https://www.gofundme.com/f/help-a-catholic-seminarian-pay-tuition

Thank you,
Fr Cusick
Posted by MCITL at 8:33 PM No comments:

Best wishes from me and Pippo for a relaxed and blessed Lord’s Day to you and yours. 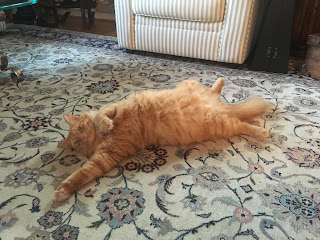 Holy Mass on the road

Let us pray for each other often, especially by means of the perfect prayer of the holy Mass. 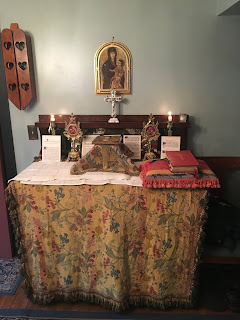 There are no genders among humans

Among human beings there are two sexes only: male and female.

There are genders in language only: male, female and neuter. 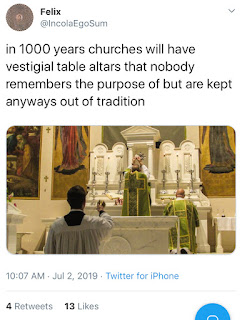