To the Congregation for the Doctrine of the Faith: faith is not only knowledge committed to memory, but truth lived in love

Vatican City, 29 January 2016 (VIS) – "Mercy is the foundation of the life of the Church: the first truth of the Church, indeed, is Christ's love", were the opening words of the Holy Father's discourse to the participants in the plenary assembly of the Congregation for the Doctrine of the Faith, whom he received in audience this morning in the Clementine Hall.

The Pope went on to urge all the Christian people, both pastors and the faithful, to rediscover during this Jubilee the corporal and spiritual works of mercy as when, in the twilight of life, we are asked if we have given food to the hungry and given the thirsty water to drink, we will also be asked "if we have helped people to set their doubts aside, if we have committed ourselves to welcoming sinners, admonishing them and correcting them, if we have been able to combat ignorance, especially in relation to the Christian faith and the righteous life".

"In faith and in charity a cognitive and unifying relationship is established with the mystery of Love, which is God Himself. The effective mercy of God became, in Jesus, affective mercy, as He made Himself man for the salvation of mankind. The task entrusted to your Dicastery here finds its ultimate foundation and and adequate justification. Christian faith, indeed, is not only knowledge to be committed to memory, but also truth to live in love. Therefore, along with the doctrine of the faith, it is also necessary to safeguard the integrity of customs, particularly in the most delicate areas of life. Adhering to faith in the person of Christ implies both an act of reason and a moral response to His gift. In this respect, I thank you for all your commitment and the responsibility you exercise in treating cases of abuse of minors by members of the clergy".

"Safeguarding the integrity of faith and customs is a delicate task. Performing this mission well requires collegial commitment. … The correct synodality must be promoted at all levels of ecclesial life", added the Pope, citing in this respect the meeting organised by the Congregation with the Doctrinal Commissions of the Episcopal Conferences of Europe, enabling various doctrinal and pastoral challenges to be faced in a collegial way and thus inspiring in the faithful "a new missionary impulse and greater openness to the transcendent dimension of life, without which Europe runs the risk of losing its humanist spirit that it nevertheless loves and defends".

Another significant contribution of the Congregation to the renewal of ecclesial life was its study on complementarity between hierarchical and charismatic gifts, called upon to collaborate in synergy for the good of the Church and the world, and whose relationship evokes the Trinitarian root, the bond between the divine Word made flesh and the Holy Spirit, which is always a gift of the Father and the Son.

"It is precisely this root, if acknowledged and listened to humbly, that permits the Church to let herself be renewed at any time. …Unity and plurality are the seal of a Church that, moved by the Spirit, knows how to walk with a sure and faithful step towards the purpose that the Risen Lord has indicated to them throughout history. Here we see clearly how the synodal dynamic, if correctly understood, is born from communion and leads towards an increasingly implemented, deepened and extended, in the service of the life and the mission of the People of God".
Posted by MCITL at 4:43 PM No comments:

At 3 pm the faithful gathered at Saint Mary, Mother of God Church in Washington, DC, for the annual Nellie Gray Memorial Solemn High Mass with Father Pendergraft, FSSP, as principle celebrant assisted by Fathers McDonald and Connolly of the Archdiocese of New York. The Vox in Rama schola and choir of Holy Innocents Church in New York City sang the propers and hymns. Click on images to enlarge 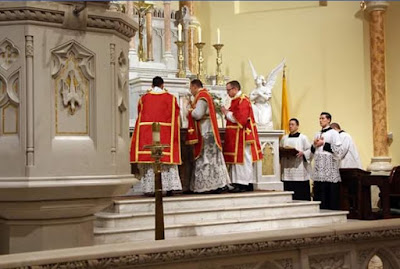 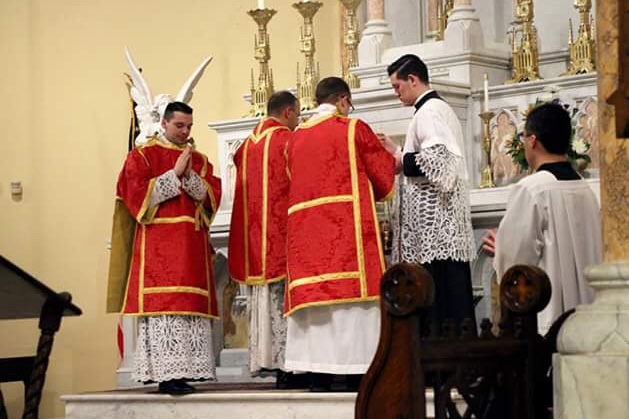 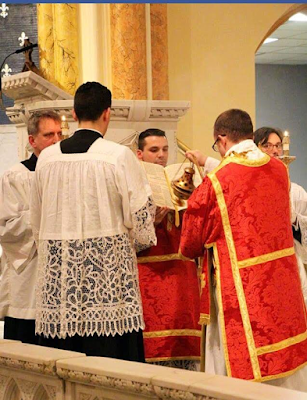 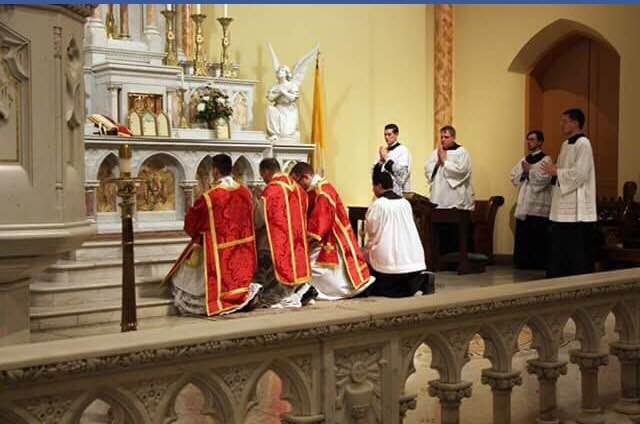 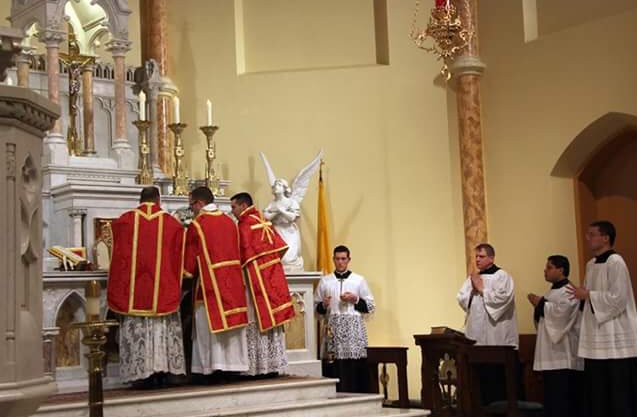 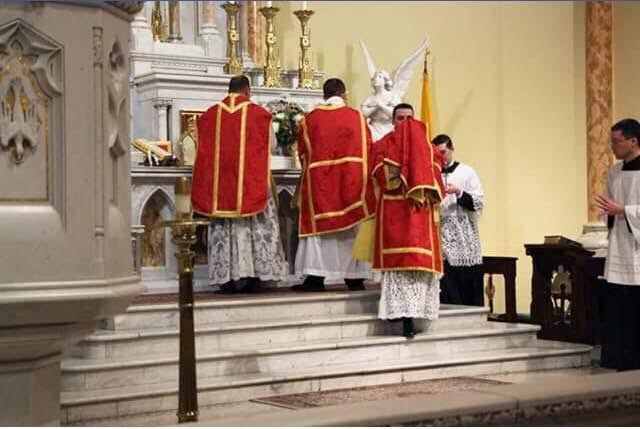 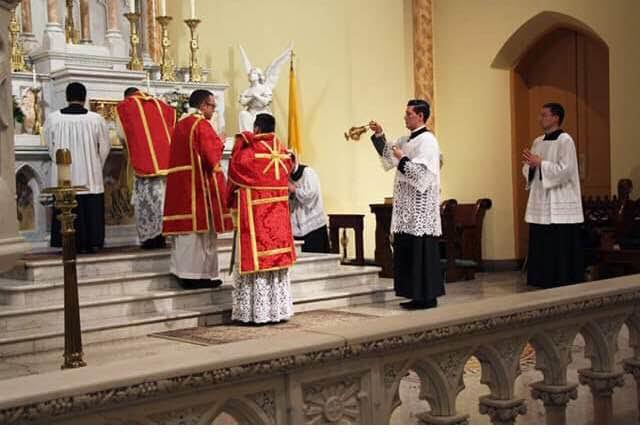 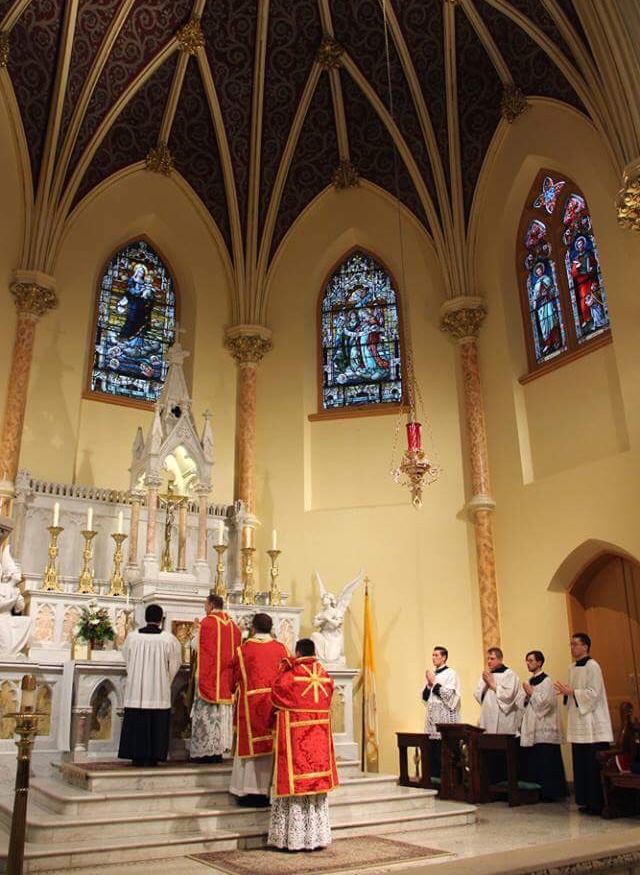 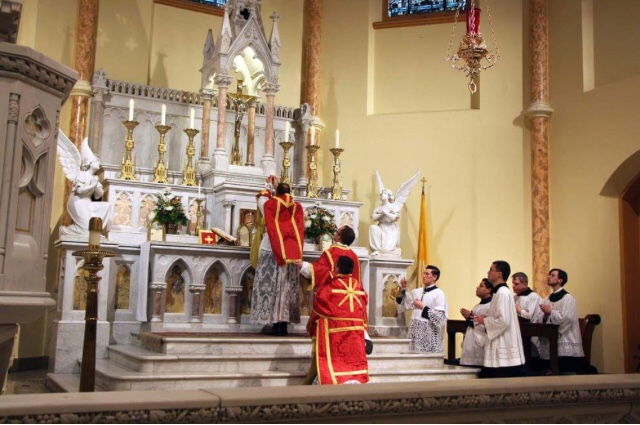 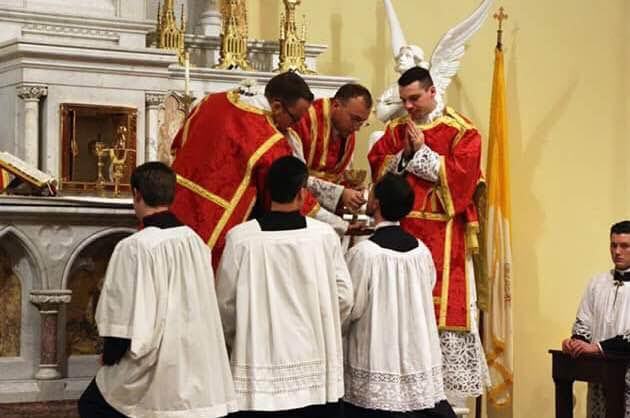 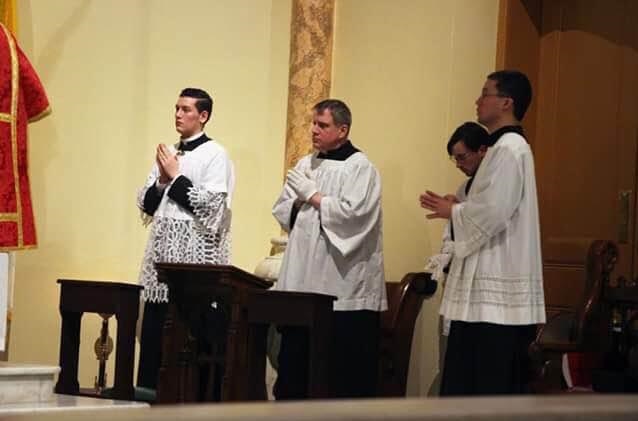 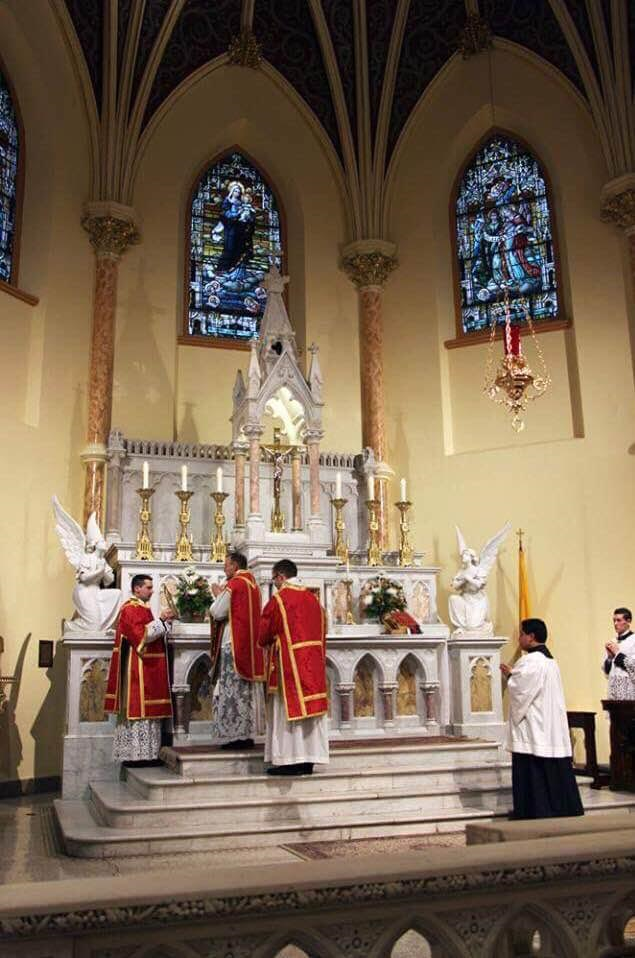 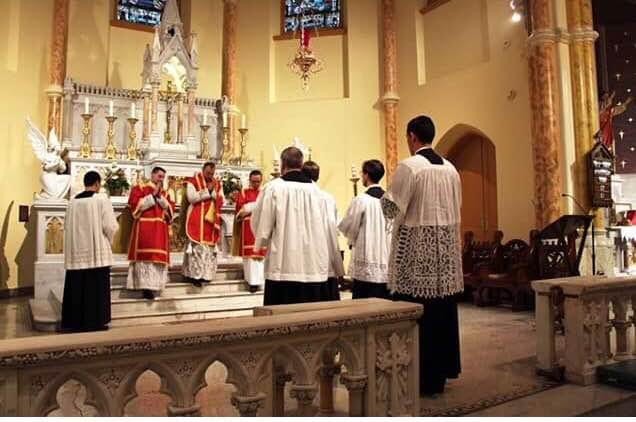 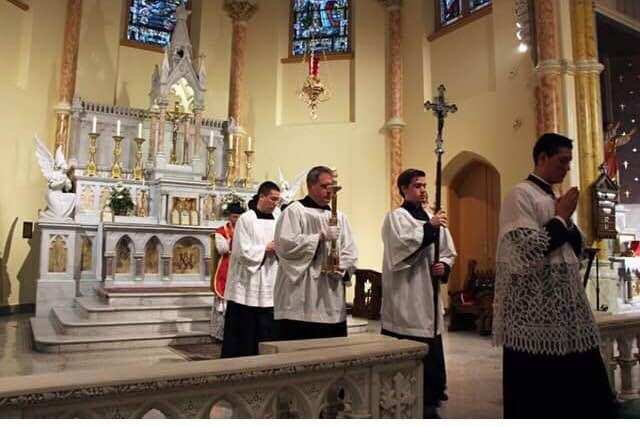 Photos courtesy of Danny Dilone
Posted by MCITL at 8:19 AM No comments:

Prayer for Good Humorby St. Thomas More
Grant me, O Lord, good digestion, and also something to digest. Grant me a healthy body, and the necessary good humor to maintain it. Grant me a simple soul that knows to treasure all that is good and that doesn’t frighten easily at the sight of evil, but rather finds the means to put things back in their place. Give me a soul that knows not boredom, grumblings, sighs and laments, nor excess of stress, because of that obstructing thing called “I.” Grant me, O Lord, a sense of good humor. Allow me the grace to be able to take a joke to discover in life a bit of joy, and to be able to share it with others.
Posted by MCITL at 10:50 AM No comments:

Here you find the Mass propers for Quinquagesima Sunday listed in order with the first words in Latin text to each to help you distinguish them.

Most links offered here lead to the Corpus Christi Watershed site where you can find scores and or videos,  for the propers for every Sunday of the liturgical year. Many also offers MP3s and organ music. The link at the bottom of this post leads to the CCW catalog page where you page down to find the Sunday you need and the links listed for each.


Source for traditional Latin Mass propers for the liturgical year: http://www.ccwatershed.org/goupil/
Posted by MCITL at 4:38 PM No comments: 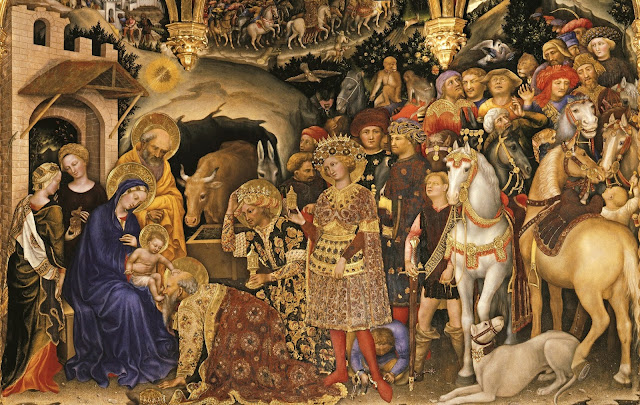 Earth Has Many a Noble City Hymnal #511

Crudeles Herodes Deum
Posted by MCITL at 9:00 PM No comments: