Why I do not have a vocation to the novus ordo

This has been on my mind lately so I’m gonna start listing the reasons here:

Weekly Saturday night Mass for a group of baptized faithful, all of whom can go to Mass on Sunday and who choose, every week for more than 30 years, not to do so.

Explaining for the umpteenth time how going to Sunday Mass every week is directly related to infant baptism.

Emails requesting a baptism. If you have to email the priest it usually means you can’t request in person because you’re not attending Mass. And may have never met the priest.

Confirmation Masses which are in fact graduations from the practice of the Catholic Faith. You may not get a call again until the person dies after a lifetime of disobeying the Commandments. Too late.

A parent using the excuse of an “active” child for not attending Mass. He’s a child. That’s what he does. Be “active”. You’re the parent. Your job is to parent and teach the child how to attend Mass by example. Consistently. Every week. 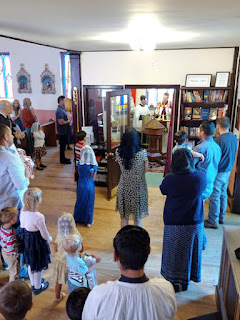 Traditional Catholic families attending a baptism. In church. With all their children. 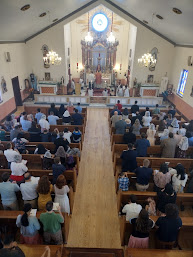 Traditional Catholic families with about 50 children of all ages. Inside the church. For Mass. Children are the largest constituency in my parish. There are over 100 of them. 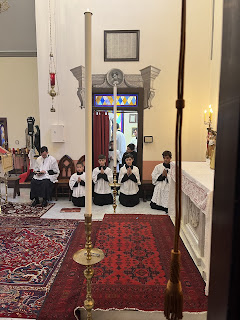 Altar boys. Of various ages, to include younger than seven, praying. After Mass.

I choose to serve Catholics who do not make excuses for not being Catholic. I’m like most people: I want to see the results of my efforts. The kind of work I do requires that there be at least some cooperation on the part of the people with whom I work in order to get results. That’s how grace works.

Those are just some of the reasons why I’ve discerned out of the novus ordo. What does that mean, practically speaking? I now offer only one novus ordo per week on Sunday so as to never exclude or marginalize anyone a la Pope Francis and to maintain mission as envisioned by my ecclesiastical superior.

While we’re at it: you can also add another reason. We’ve suddenly discovered the Church should gather in unity around same sex attraction, adultery, transgender ideology  and skin color but not around what the Church did everywhere before 1962 or 1968; pick any year.

In fact now, we’re told, the Church can unify around anything BUT what the Church did before the 1960’s.