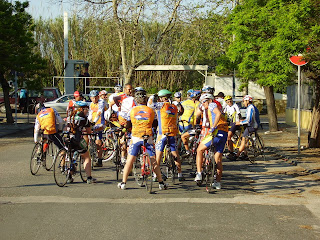 We often set out on the road with enthusiasm, fresh from the night's rest, thankfully with no thought for the fatigue to come on the course of over 100 km and steep gradients. 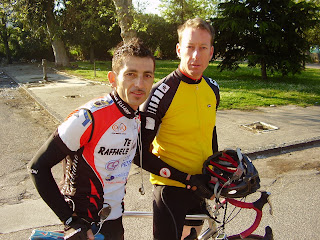 We have friends to help us along the way. Michele Ercole, left, is training for the Giro da Sole tour series of southern Italy and has placed this season in one of the races. 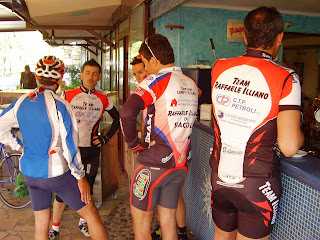 Before starting out, a "fuel" stop for a quick caffe with the small group on the way to Vesuvius. 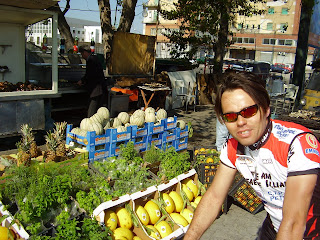 In the city, near the port area, the fruit and vegetable vendor, or fruttivendolo, sets out the offerings for the day. 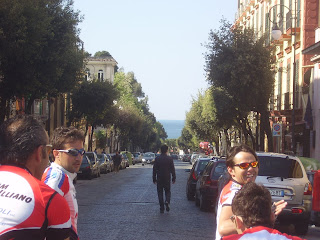 We stop to discuss the road to take. Our course wended its way along the coast of the bay of Naples, visible at the end of the road ahead in photo, crowded with towns linked by the Vesuviana railway line. 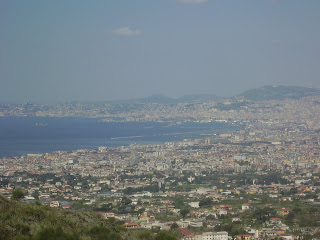 The arc of the bay of Naples visible from the lower slopes of the dormant volcano which reminds the city to never take a day for granted. Naples is the most densely populated and most at risk city in Europe. 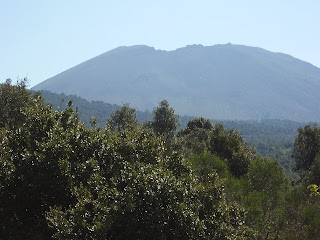 The peak of the volcano looks quite different as one approaches. The roads are lined in places with the rock lava formed by earlier eruptions. 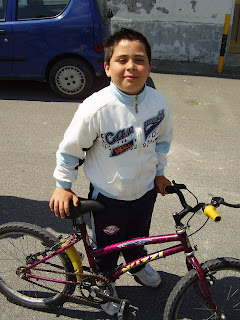 The scugnizzi, or street kids, of Naples find work in different ways. Ciro, seen with his bike, works with his older brother as a "posteggiatore", or parking attendant, at the cemetery along the bay in Torre del Greco. 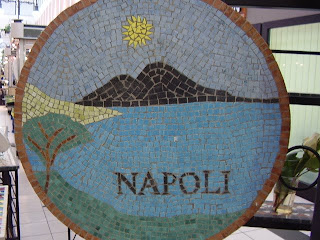 Danielo D'Ambrosio and his daughter Rosalia, of Angri, craft mosiac items popular with Americans. Here is their rendering of the famous view "Napoli da Posillipo".
Posted by Father Kevin M Cusick at 10:18 AM No comments: 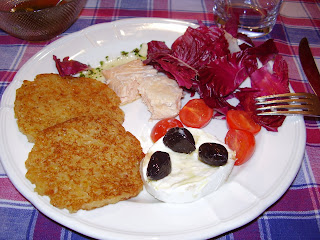 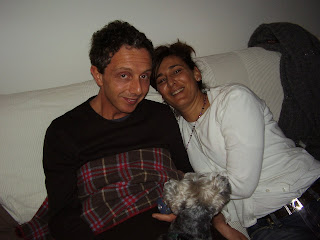 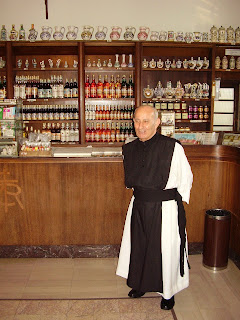 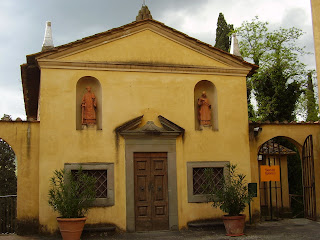 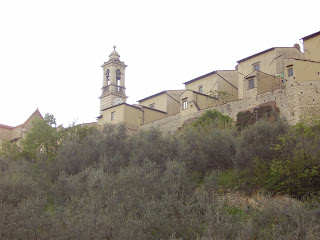 Padova is well known for Saint Anthony. Surpisingly, he is actually from Portugal! I previously visited "La Basilica del Santo", the shrine dedicated to this holy preacher, and also Giotto's fresco masterpieces at La Capella Scrovegni.

I stopped here only for pranzo, or lunch, with Tommaso, a friend from Comunita Cenacolo, and his friend Giorgia. There was Swedish tuna, potato patties, mozarella di bufala with olives, raw radicchio, and a sauce of olive oil, garlic and herbs. After lunch and a visit Giorgia helped me to find my way to the tangenziale from whence I continued on toward Bologna, then to Firenze through tight mountain passes, and on to Cortona for the night at Le Celle.

I stopped briefly at La Certosa, the Carthusian monastery visible from the autostrada outside Florence. The church is closed on Mondays. I was able to visit briefly with Padre Roberto in the shop stocked with the Certosan home made liquore, honey and other items.
Posted by Father Kevin M Cusick at 10:27 AM No comments: