Movies about priests "would really surprise if priest realized purpose, not in opposition to, but in relation with the Church" 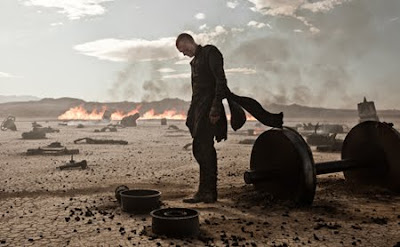 Today on the Word on Fire blog, Father Steve reviews two films about priests: Roland Joffe's "There Be Dragons" and Scott Stewart's "Priest." Be sure to take a look at his review before heading to the movie theater this weekend...

I have a small reproduction of Picasso’s “Guernica” hanging on a wall in my sitting room at the rectory. The monumental original hangs in Museo Reina Sofia in Madrid. Some friends of mine who have seen the print have wondered if I have communist sympathies. Others have wondered if, despite any protests to the contrary, I am deep down an ideological modernist in terms of my aesthetic tastes. Neither is true. I am too conventional to be that avant garde. The painting is a reminder to me of the violence of the twentieth century and the convoluted forms depicted in Picasso’s work represent the agonies of an age of total war. Guernica is a Basque town which was bombed on April 26th, 1937. The catastrophe is but one part of the many atrocities that beset Spain during its Civil War and it is seen as symbolic of not only these terrors but of the horrors which would later engulf the European continent. Picasso’s painting is a rendering of the emotional impact of the event, and in this regard, it is utterly effective.

To read the full reviews of movies There Be Dragons and Priest by Father Steve at Fr Barron's Word on Fire blog click here.