The grandest yearly public festival of the Sardinians is the four day series of processions, Masses and public events from May 1st through 4th each year in Cagliari for Saint Efisio, Roman soldier and martyr.
Don Luca, Don Federico and Don Fabrizio accompanied me to the evening procession through the streets of Calgiari to the church of Saint Efisio where the festivities concluded with the arrival of the statue of the saint and the celebration of Eucharistic Exposition and Benediction with an overflow crowd of enthusiastic adherents arriving from throughout the Sardinian island in devotion to this most important patron of Cagliari. 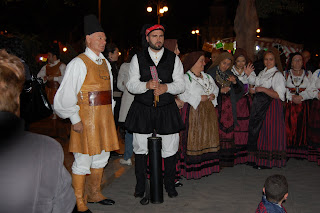 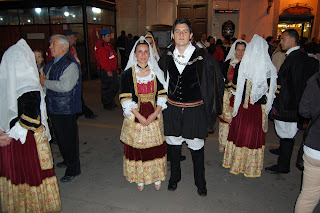 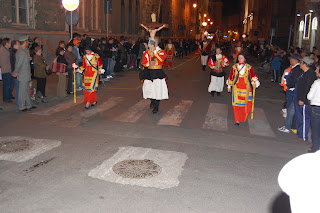 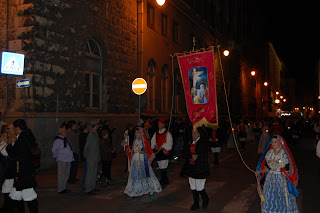 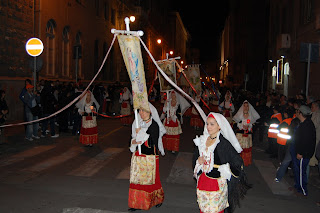 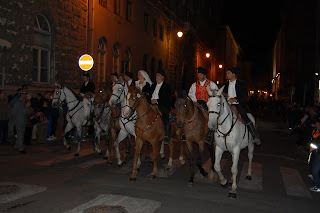 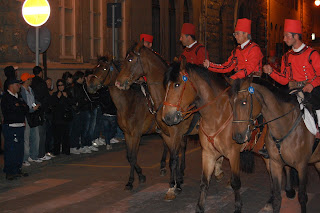 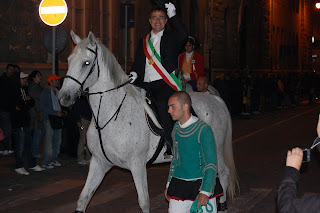 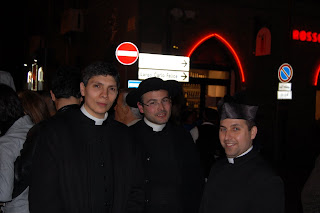 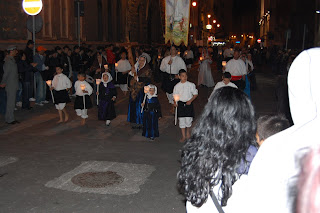 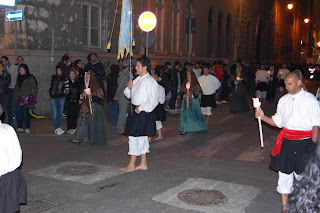 Penitents walk barefoot in local costume with candles in hand to prepare the way for the saint. 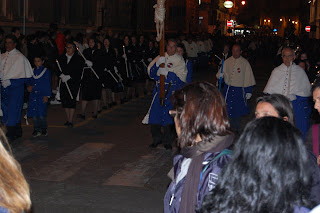 Devotees carry signs of faith such as seen here with a crucifix. 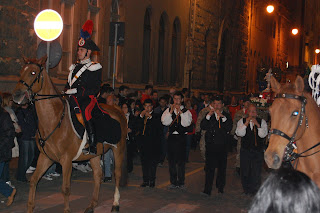 Carabinieri, military police, are among the mounted participants. 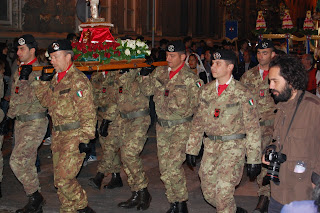 Soliders of the Italian army participate by carrying a sign of devotion for their patron. 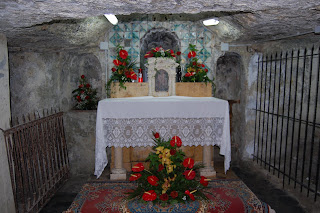 This underground grotto, now a chapel, was a prison which held the Roman martyr before his death when he refused to worship the false Roman gods.
The church begins to fill with the devotees following the conclusion of the procession. 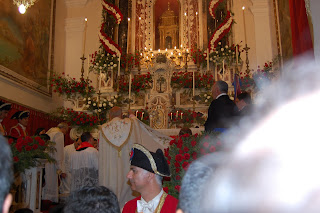 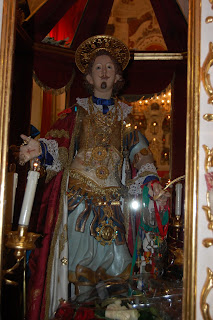 The image of the saint, a martyred Soldier, patron of Cagliari and the Italian armed forces who were present in uniform with their priest chaplain. 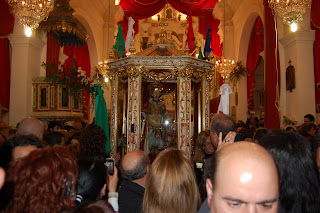 Another view of the church with devotees flooding in from the piazza and street to demonstrate their love for the saint who helps them with his intercession before the throne of God. 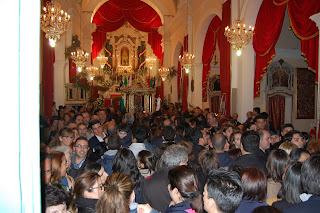 The church is filled wall to wall with the faithful who stream in to offer their prayers and thanks to God for His divine favor until the feast is celebrated again next year.