My latest column: “Put Not Your Trust in Princes” 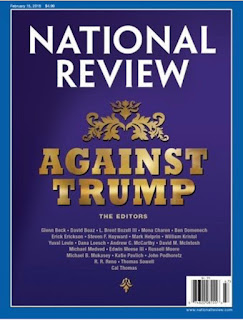 Put Not Your Trust In Princes

National Review magazine stood as a sort of literary key to understanding the world during my college years at Fordham. The safe reality of faith and attending Sunday Mass took care of the next world, but something more was needed as a bridge to sorting out this present reality.

Praying was important, of course. Preparing for the next life could not by any means be neglected, that was certain. But “doing things” was important as well. Acting in the world and making change mattered. So politics mattered. Derring-do and all that.

If politics was necessary, and it was, then certainly liberal politics wouldn’t do at all. And so, therefore, Republicans. And the National Review sort would do just fine. William F. Buckley, Jr., was smart, and was Catholic, after all. Wasn’t he? The combination seemed ideal.
The ultimate anchor of faith was used to justify this political sympathy. Which proved the fundamental reality of faith over politics. One must be clear that if one has ever ultimately to make a choice between one of two things, one must be clear as to which of the two may be expended without loss of one’s ultimate ground of identity. It was clear at this stage it must be God. And God was accessible and sacramentally present in the Catholic way.

I gladly attended a Buckley talk, probably hosted by college Republicans, when he visited Fordham. All of G. Gordon Liddy’s sons were in the room at the time. I was part of a stellar vanguard. Or so I thought.

I was a practicing Catholic, of course. As a young Armor officer in Texas I faithfully attended Sunday Mass and contributed to the collection. So, when I later learned that Buckley had responded to John XXIII’s letter on the teaching authority of the Church with the riposte “Mater si, magistra no” thus began a period of increasing delusion with politics in general. But I didn’t let go entirely. Things must get done. Like fighting abortion.