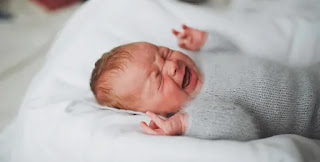 The Maryland legislative session is in full swing, and once again, abortion advocates are pushing their radical abortion agenda. Recently, we told you about the testimony we presented against Maryland House Bill 1171, which is attempting to codify Roe v. Wade in the Maryland constitution. Now, we’re preparing to submit testimony on Maryland Senate Bill 669 – also known as the Pregnant Person’s Freedom Act of 2022.

At first glance, this bill looks like it simply changes the word “woman” to “pregnant person,” and then prevents a “pregnant person” from being investigated or penalized for “terminating or attempting to terminate” her own pregnancy. But we are well aware that abortion advocates constantly package what they sell as benign, when it is truly lethal.

In this case, as we are prepared to point out in our testimony, the bill also proposes a revision of the fetal murder/manslaughter statute that would serve to handcuff the investigation of infant deaths unrelated to abortion. In other words – this bill will effectively legalize infanticide. The exact language of the bill states: “This section may not be construed to authorize any form of investigation or penalty for a person . . . experiencing a . . . perinatal death related to a failure to act.” (Emphasis added). In other words, a baby born alive and well could be abandoned and left to starve or freeze to death, and nothing could be done to punish those who participated in that cruel death. The bill also includes a section that would allow “a person [to] bring a cause of action for damages if the person was subject to unlawful arrest or criminal investigation for a violation of this section as a result of . . . experiencing a . . . perinatal death.”

Thus, according to this bill, if a baby died because it was abandoned and police investigated and eventually arrested the person responsible for the baby’s death, then the woman could sue the police and get monetary damages for having been investigated and arrested.

And it gets worse. Because the language that is used is without clear definition, the bill could prevent any investigations into the death of infants at least seven days AFTER their birth, and may extend to infants as old as four weeks!

Again, there is no clear definition of the term “perinatal” in the Maryland Code. Note the term used in the legislation is “perinatal,” not prenatal. Prenatal naturally means “before” birth. The medical definition of “perinatal” is vastly different: “The perinatal period is defined in diverse ways. Depending on the definition, it starts at the 20th to 28th week of gestation and ends 1 to 4 weeks after birth.”

I want to be very clear here – Maryland has a “safe haven” law. This law prevents “any person who leaves an unharmed newborn not more than 10 days old with a responsible adult with the intent not to return for the child shall be immune from civil liability or criminal prosecution.” So, if a woman in Maryland doesn’t want her baby after the child is born, she is already immune from criminal liability for leaving her baby, as long as the baby is left in a safe manner. There is absolutely no reason for Maryland Senate Bill 669’s attempt to prevent someone who lets their baby die from being investigated. This bill just further exposes the complete lack of regard abortion advocates have for innocent human life. If they truly want to protect life and women, then legislators could simply extend the length of the safe harbor provision already in place. But that’s clearly not the goal. We’ve already seen through New York’s abortion through birth lawand the former governor of Virginia’s horrific comments about how in a late-term abortion the “infant would be kept comfortable” on the table while they decide if the child should be allowed to live, the abortion industry continues to push the bounds of just how far it can go to kill babies.

As we prepare to submit our written testimony on March 15th opposing Senate Bill 669, you can take action too. Sign our petition so that we can let the Maryland legislators know exactly what the public thinks about their agenda. If you are a Maryland resident – call your state senator and tell them to oppose Senate Bill 669.

Posted by Father Kevin M Cusick at 6:51 AM