Message from Father Stack, pastor of Saint Anthony’s, with further information about the break-in and desecration which occurred last night at the church: 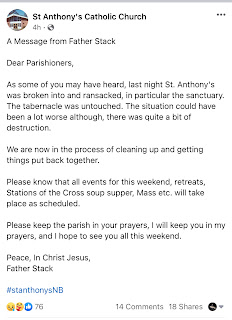 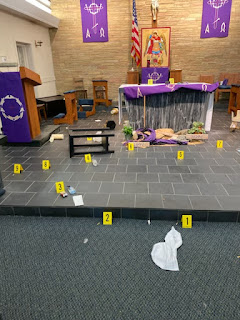 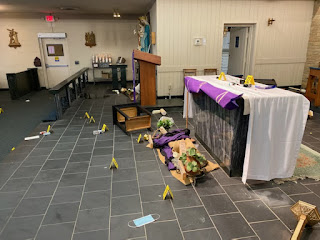 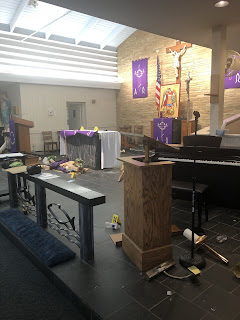 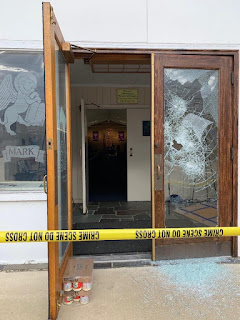 Saint Anthony’s Catholic Church in North Beach, Maryland, in the archdiocese of Washington, was the scene of a desecration following upon a breaking and entering last night.

Sheriff’s department representative reports that the incident happened around 2 am Friday, April 1st. A photo of the church interior is not available at this time because the building is a crime scene under investigation.

“Saint Anthony’s in North Beach was attacked and ransacked last night. Damage included Satanic circle and blood. Apparently the church has to be reconsecrated.”

The photo I saw showed books and other items strewn about in the aisles of the church. The church does not have security cameras. The criminal left his wallet at the scene. In the course of his crime he cut himself. Whether the cutting and bleeding was intentional or accidental is currently unknown. The alleged perpetrator has been apprehended by authorities at this time.

In photo above taken today: front doors of church.