Preserving the faith is a “perversion”. 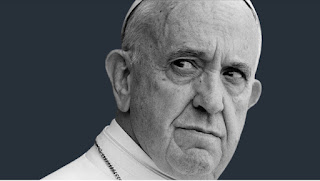 “We cannot pretend not to see these signs and continue as if nothing had happened, repeating the same old things, dragging ourselves through inertia into the forms of the past, paralyzed by fear of change. I have said it many times: today, the temptation to go backwards, out of security, out of fear, to preserve the faith, to preserve the founding charism… It is a temptation. The temptation to go backwards and preserve “traditions” with rigidity. Let’s get this straight: rigidity is a perversion, and underneath all rigidity there are serious problems.”

What a very strange thing to say when it is precisely by means of the faith itself that we are saved and nothing else.