I’ve seen and greeted Cardinal Burke in one of his walks through Rome. Gloria TV says this is him based on a Francis court journalist’s word. I, however, think it is a case of mistaken identity as the person in the video does not have the slower gait which I observed when I encountered the Cardinal. There are many clerics in Rome and many still wear Greca overcoat and black hat.

This guy walks too fast. 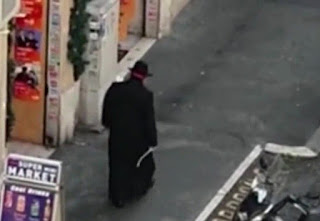 Unlikely it’s Cardinal Burke, although in contradiction to the report the cleric in question does appear to be wearing a face mask.