“So that the thoughts of many hearts will be revealed”: Where are all the people who said they wanted a traditional Latin Mass in the Washington area on August 14th?

We’re a mere 40 miles from DC and five people showed up to our August 14 morning Mass at 9 AM for the vigil of the Assumption: plenty of room for more!

Where are the hundreds and hundreds of people who said they wanted to attend a traditional Latin Mass in DC today, and even wrote a second letter requesting the Mass be un-canceled?

According to some reports up to 5000 people were supposed to be descending on DC today, flying and driving in from all over the country.

Perhaps in this time of persecution people will learn to go to a traditional Latin Mass whether or not it’s offered by a bishop or at a prime shrine church location and only just because it’s the traditional prayer of the Latin Mass at which the Lord is always present. He outranks bishops. 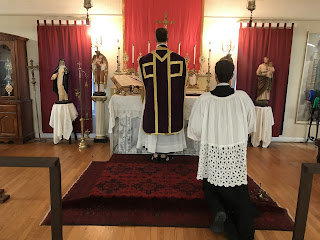 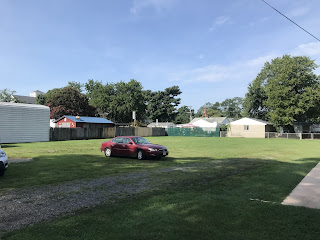 Plenty of room for parking! 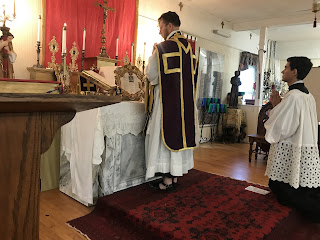 Self-described “traditional Catholics” will be taken more seriously one day when they no longer give the impression they are attracted to the Mass as a political statement or an occasional spectacle.
“Dóminus scit cogitatiónes hóminum, quóniam vanæ sunt.”
Posted by Father Kevin M Cusick at 9:47 AM