How NOT to be Catholic 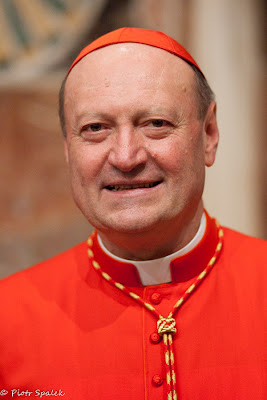 How NOT to be Catholic? “Someone convinced of already possessing all the answers, with the duty simply to impose them.”

Those were the words of Cardinal Ravasi in preparation for a new initiative to be called "The Courtyard of the Gentiles" after a suggestion by Pope Benedict XVI; an opportunity for believers and non-believers to speak to one another without judgement or condemnation.

Catholics, blessed with the way of Jesus Christ, the Way the Truth and the Life, have a responsibility before all others do to speak and act in love, inviting others to Faith. Pope John Paul II, to be beatified in Rome this May, said it well: "The Church proposes, the Church does not impose".

Pope Benedict used the phrase in a recent address as a suggestion.

As John L. Allen Jr., describes it: "Inspiration came from Benedict XVI’s speech to Roman Curia in December 2009, when the pontiff looked back on his trip that year to the Czech Republic -- statistically, at least, the most secularized society in Europe, with the highest percentage of avowed atheists and agnostics.

"Reflecting on the experience, Benedict said: 'I think the church today should open a sort of "Courtyard of the Gentiles,” ' referring to the space in the ancient Jerusalem temple where non-Israelites could enter."

"Ravasi and the Council for Culture took that notion and ran with it. In February, during a trial run for the 'Courtyard of the Gentiles' in Bologna, Ravasi explained its spirit.

“ 'Encounter between believers and non-believers occurs when they abandon ferocious apologetics and devastating desecrations,' he said, 'revealing the deep motives for both the hope of the believer and the hesitation of the agnostic.'

"Ravasi clearly identified the personality type of someone unsuited for such an exchange, whether a believer or not: 'Someone convinced of already possessing all the answers, with the duty simply to impose them.'"

John L. Allen, Jr, does a very good job explaining this very good initiative for the New Evangelization and a positive development on the sometimes rocky Catholic landscape. I offer a link to his article on the subject in The National Catholic Reporter here.

In photo: Cardinal Gianfranco Ravasi, president of the Vatican’s Pontifical Council for Culture.