Dutch bishop “drops out” of ‘vile’ Synod on Synodality: ‘The Holy Spirit has absolutely nothing to do with it’

'Among the protagonists of this process are to me a little too many defenders of gay marriage, folks who don't really think abortion is a problem and never really show themselves defenders of the Church's rich creed, wanting above all to be liked by their secular surroundings.' 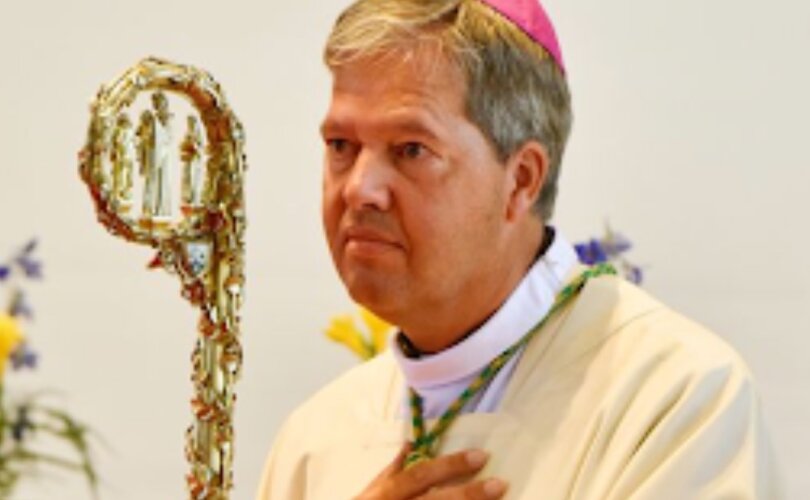 (LifeSiteNews) – Bishop Robert Mutsaerts, the auxiliary bishop of the Diocese of ’s-Hertogenbosch, The Netherlands, has published a statement on his blog, commenting on the Synod on Synodality, especially its October 27 new working document “For a synodal Church: communio, participatio, mission,” which is calling for a female diaconate and uses the language of the LGBT agenda. He announced that he has left the synodal process.

In his statement (see full translation below, as kindly provided to LifeSite by Fr. Cor Mennen), Bishop Mutsaerts called this synodal process “vile.”

He states “God is out of the picture in this vile synodal process,” adding that “the Holy Spirit has absolutely nothing to do with it.” He went on to say:

Among the protagonists of this process are to me a few too many defenders of gay marriage, folks who don’t really think abortion is a problem and never really show themselves defenders of the Church’s rich creed, wanting above all to be liked by their secular surroundings.

Bishop Mutsaerts is not the only one to reject the happenings surrounding this synodal process that is to last until 2024. Cardinal Gerhard Müller called it a “hostile takeover of the Church of Jesus Christ” and invited Catholics to resist, comparing the current Church crisis with that of the 4th-century Arian crisis. He even said that, in light of the spreading of the LGBT agenda in the Church, “one does not have to obey an obviously heretical bishop just for reasons of formal fidelity.” Blind obedience such as this, he continued, “would be cadaveric obedience, which not only contradicts reason but also faith.”

Bishop Athanasius Schneider, auxiliary bishop of Astana, Kazakhstan, recently agreed with the German cardinal, pointing out that the process itself is steered and influenced by a certain agenda, calling it “manipulation” by churchmen “who push their own ideological agenda.”

Both Cardinal Mario Grech and Cardinal Jean-Claude Hollerich, who have been called by Pope Francis to play leading roles in this synodal process, are promoters of the LGBT agenda – for example the approval of homosexuality – within the Catholic Church.

In response to these heterodox positions that are being aired and promoted during the synodal process, Bishop Mutsaerts remarks: “How unpastoral, how unloving. People want sincere answers. They don’t want to go home with more questions. You’re keeping people away from salvation.”

“I have since dropped out of the synodal process,” he concluded.

Posted by Father Kevin M Cusick at 9:03 AM