Vatican II innovation: Mass as a talent show where man and woman celebrate themselves

Dancing, puppets, singing, playing. The New Mass is no longer revelation, God acting to save mankind, but man performing to celebrate himself. God still gets a mention; that’s affirming.

A consecration supposedly still occurs somewhere in the mayhem so it’s still called “Mass” but so far removed from Calvary as to render sacrifice a forgotten memory. The real Presence is so ignored as to be rejected and soon no longer believed, as polls make clear.

This is what man celebrating, adoring and worshipping the true God looks like: 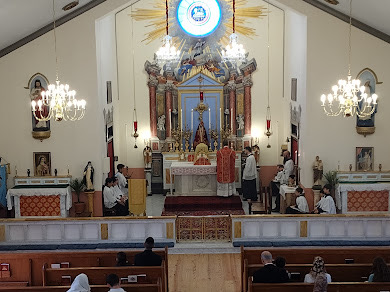