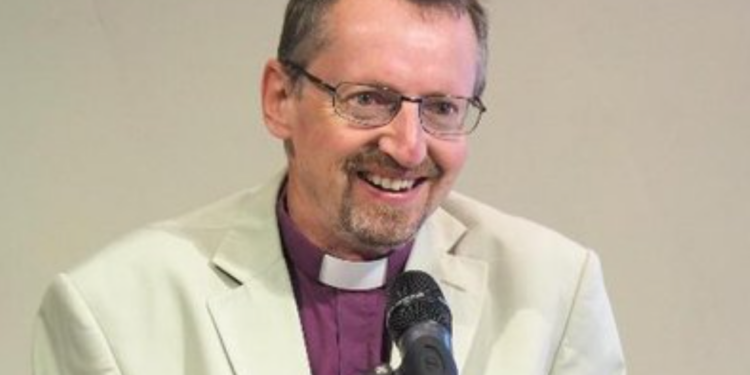 The Church of England has said that there is “no official definition” of a woman. The Telegraph has the story.

Senior bishops have insisted that until recently, the answer to questions such as what constitutes a woman “were thought to be self-evident”. However, now “additional care” is needed.

The stance comes as the institution struggles to remain relevant and progressive amid declining congregant numbers and in an increasingly secular society.

However, while it has been welcomed by liberal wings of the Church, the comments, from the Bishop in Europe, have provoked criticism – with gender-critical campaigners claiming “whether your starting point is biology or the Bible”, the answer to the question remains the same…

The issue of defining what a woman is emerged in written questions to the General Synod, the Church’s legislative body, in which Adam Kendry, a lay member of the Synod and a representative of the Royal Navy, asked: “What is the Church of England’s definition of a woman?”

In response, Dr. Robert Innes, the Bishop in Europe, said that “there is no official definition”.

The Bishop in Europe, who was also replying in his role as chairman of the Faith and Order Commission, said in his written response: “There is no official definition, which reflects the fact that until fairly recently definitions of this kind were thought to be self-evident, as reflected in the marriage liturgy.

“The LLF project however has begun to explore the marriage complexities associated with gender identity and points to the need for additional care and thought to be given in understanding our commonalities and differences as people made in the image of God.”…

Maya Forstater, executive director of the Sex Matters campaign group, described the Bishop’s answer as “shocking”, saying that “the concepts of male and female did not need to have a formal official definition” because “they are older than human life itself”.

She added: “When the Government redefined women through the Gender Recognition Act, the Church of England could have stuck with its long-established understanding, which makes sense whether your starting point is biology or the Bible.

“It is shocking that they so readily gave up the definition of man or woman for the state to amend, as if this fundamental truth did not matter.”

LGBT campaigners continued their longstanding policy of pretending not to understand what all the fuss is about, with Dr. Jane Hamlin, president of transgender charity Beaumont Society, saying: “I am puzzled why some people are so obsessed with defining ‘woman’. Why might this be an issue for the Church of England? Is it that women should be treated more favourably or less favourably? Why does it matter to the Church of England whether someone is a woman or not a woman? Surely it only matters to the individual themselves.”

Since we can assume Dr. Hamlin is actually following the very public, very heated debate on this topic over the past several years, the only puzzling thing is why she still hasn’t got her head around why many women and men think it matters greatly. Perhaps the trustees of Beaumont Society should find a president who can actually understand the opposing point of view in the central public debate in which their organisation is currently engaged.

For the Church of England, the puzzle is how an organisation which believes God created human beings “male and female” and still (for now) restricts marriage to a man and a woman has not yet managed to work out the difference between them. One wonders what bishops were doing while their school biology lessons were happening.

Worth reading in full.