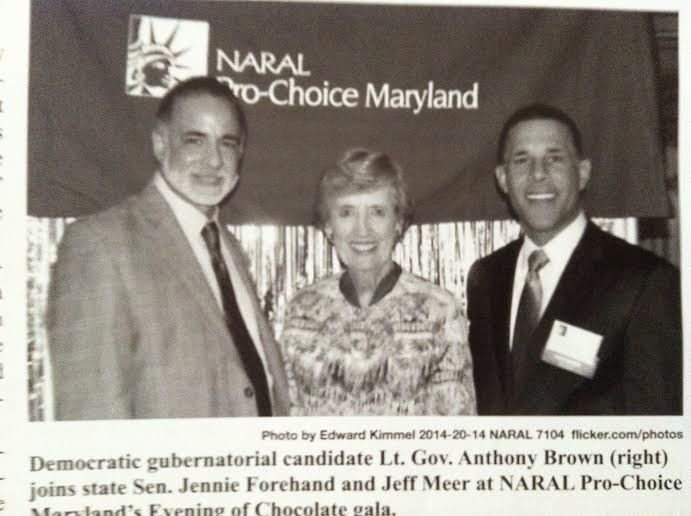 Lieutenant Governer Anthony Brown, the Democratic candidate for governer, urged guests at NARAL Pro-Choice Maryland's (NPCM) 25th annual Evening of Chocolate gala that although "pro-choicers" have settled law on their side, the "status quo is not good enough."

Brown, who is Roman Catholic, arrived at the September 20 gala at 8:10p.m. and worked the room until 8:50, at which time he spoke for five minutes to the gathered crowd. He left directly after finishing his brief speech.

The evening's emcee followed the lieutenant governor with a very short list of NPCM's accomplishments over the past year. At the top of the list was the publishing of anti-crisis pregnancy center literature, critical of pregnancy centers for "telling lies" by not providing all of the options (that is, by advising clients to abort their babies), propaganda that no one outside of the evening's paltry gathering of chocolate martini  drinkers believes.