The Reverend John Reutemann, assisted by the Reverend Michael Paris and the Reverend Mister Sam Plummer celebrated a solemn high Mass of the Roman rite for the feast of the Triumph of the Holy Cross on Friday, September 14 at the church of the Sacred Heart in La Plata, Maryland. The ministers were assisted by seminarians and priests attending in choir of the Archdiocese of Washington. 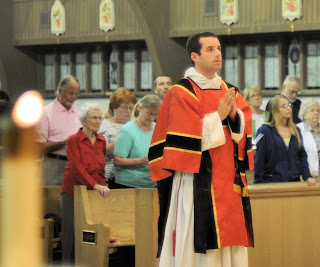 The Reverend Father Paris processes to the altar together with the ministers. 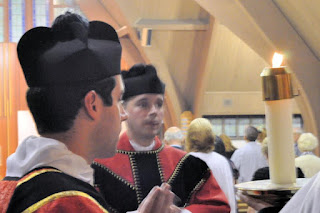 The ministers enter and depart the sanctuary wearing birettas which are removed in reverence for the word of God and the Eucharist. 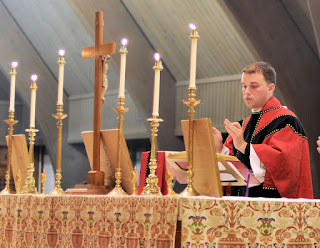 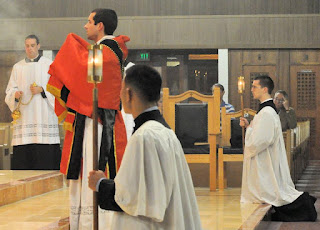 Priests and deacons who attended the Mass in choir receive communion. 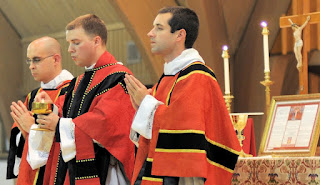 "Ecce, Agnus Dei": the priest shows the consecrated host to the people as they prepare to receive the Body of Christ 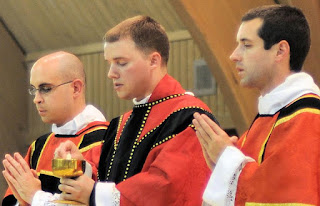 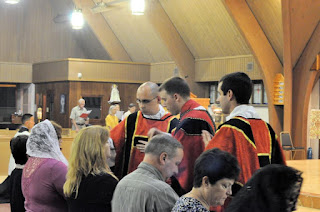 The communion of the faithful 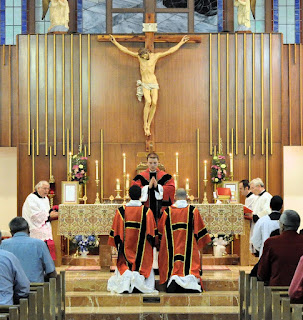 The benediction concludes the Mass and is followed by the Last Gospel and Leonine prayers.

Photos courtesy of Jeff Lane via Facebook.
Posted by MCITL at 7:49 PM