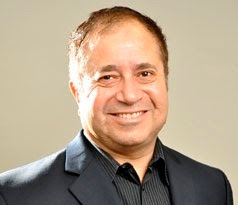 The following excerpt comes from a September 14 story on LifeSiteNews.com.

A priest who helped found a gay ‘marriage’ advocacy group for Catholics has been suspended from distributing the sacraments or representing himself publicly as a cleric by his bishop.The National Catholic Register reported Monday that Archbishop Jose Gomez of Los Angeles had spoken to Rev. Joseph Palacios, co-founder of Catholics for Equality, a small group created two years ago with strong connections to the Human Rights Campaign.

Palacios described the purpose of his outreach at Princeton University in February 2011, where he called the Church’s faithful the key target for effecting cultural shift in favor of homosexuality.“The denominations are already lined up. The only group that isn’t lined up is the Catholics,” said Palacios, who was wearing a Roman collar. In Maine and California, where efforts at marriage redefinition failed, he said, “it was 3-5% of Catholics that could have been moved. If there had been a campaign to shift the Catholic movable middle, we would have won.”He also noted that efforts would be made to recast marriage for homosexuals as a “pro-life” issue to reach young Catholics under the Jesuit value of cura personalis: “If we want to win Catholics over, … pro-life means pro-gay, meaning pro your child, pro your family.”

Another priest who was openly gay, Tony Adams, was quietly removed from the Equality founding board that year after his remarks calling Pope Benedict XVI a “childish idiot” and closeted homosexual were revealed.Palacios told the National Catholic Register that he and his bishop “mutually agreed” that the priest would not minister publicly while promoting a redefinition of marriage to include same-sex couples. “We agreed that I would stay on inactive status as long as I am politically active,” he said.

The priest, who is also on the board of governors of the Human Rights Campaign, appears as “Dr. Joseph Palacios” on the Equality website.

Tod Tamberg, director of media relations for the Archdiocese of Los Angeles, told the Register that Palacios “is on inactive leave without faculties.” “He should not be wearing a Roman collar, should not be celebrating Mass, nor may he present himself as a priest in public,” he said. Tamberg didn’t return calls from LifeSiteNews.com for further comment.The Cardinal Newman Society reported in June that Palacios’ status as a priest has been uncertain ever since Palacios told the watchdog group he was a “retired” priest of Los Angeles and an ex-Jesuit, and wouldn’t elaborate.

Although Georgetown University told the Newman group that Palacios is no longer a member of the faculty at its sociology department, the former Jesuit is still listed on Georgetown’s website as teaching at least one summer sociology course.To read original story, click here.