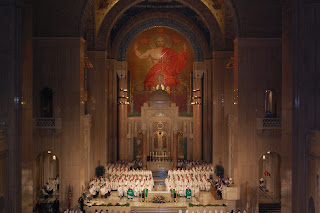 The Pantocrator presides over His Body the Church at worship as Cardinal DiNardo preaches during tonight's holy Mass to open the National Prayer Vigil for Life at the Basilica of the National Shrine of the Immaculate Conception in Washington, DC 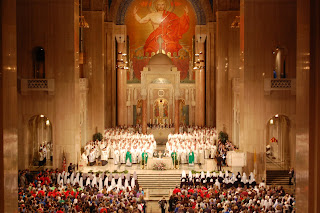 Liturgy of the Eucharist 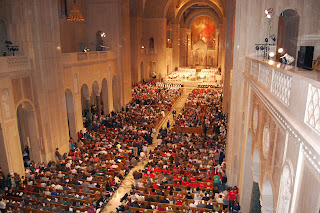 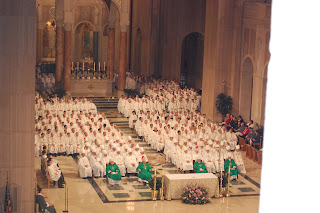 Cardinals, Archbishops, Bishops, Priests, Deacons and Seminarians in the sanctuary 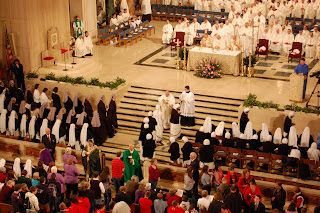 The Communion of the Mass with the Sisters of Life, the Missionaries of Charity and other religious women in their distinctive garb 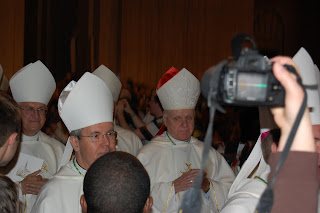 Archbishop O'Brien of Baltimore at right 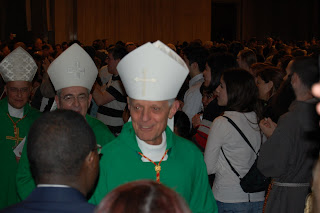 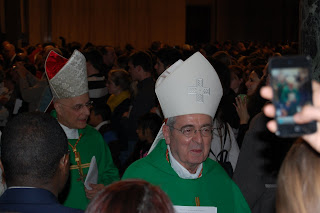 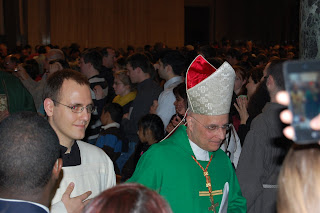 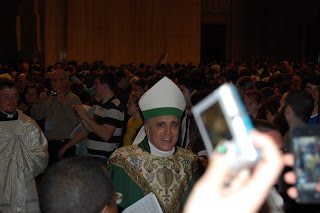 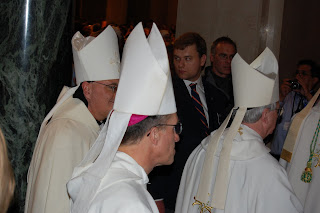 Archbishop Broglio of the Archdiocese for the Military Services, USA
Posted by Father Kevin M Cusick at 11:55 PM