The pope made comments on a plane about US bishops and abortion. What should be addressed in this scenario is that the only reason bishops have to involve themselves in politics is because politicians are involving themselves in religion.

These are matters legislated by God in which man has no power for manipulation or dissimulation. When politicians stay in their lane bishops can stop involving themselves in politics.

Pope says abortion is "murder" but U.S. bishops should not be political 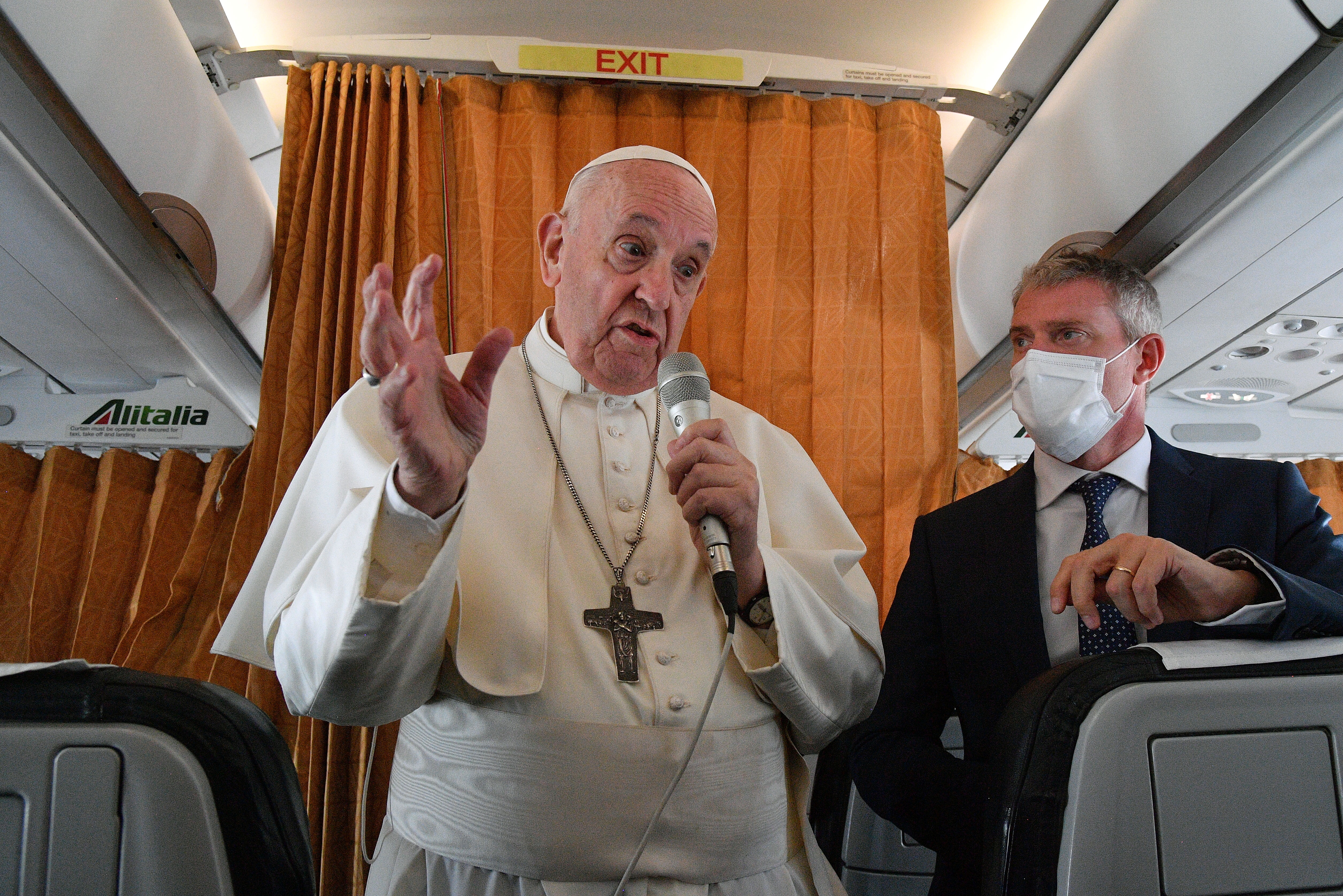 Pope Francis speaks to the media on board an Alitalia aircraft enroute from Bratislava's Milan Rastislav Stefanik International airport in Bratislava, Slovakia, back to Rome, September 15, 2021. Tiziana Fabi/Pool via REUTERS

ABOARD THE PAPAL PLANE, Sept 15 (Reuters) - Pope Francis said on Wednesday that abortion is "murder", even soon after conception, but appeared to criticise some U.S. Catholic bishops for dealing with U.S. President Joe Biden's pro-choice position in a political rather than pastoral way.

On the flight returning from Slovakia, Francis was asked for his opinion about the debate within the U.S. Bishops Conference, about whether Biden, who is Catholic, should be denied communion because of his support for a woman's right to choose even though he is personally against abortion.

"I never denied communion to anyone. But I never knew that I had in front of me anyone such as you described, that is true," he said, without elaborating.

Last June a divided conference of U.S. Roman Catholic bishops voted to draft a statement on communion that may admonish Catholic politicians, including Biden. read more