By Julia Marsh and Kenneth Garger

Judge Laurence L. Love issued the temporary restraining order in response to a lawsuit brought against the city by a slew of major municipal unions who oppose Mayor Bill de Blasio’s directive.

The judge set a Sept. 22 court date for the unions to argue against the mandate.

Until then, Love ruled the city is “temporarily restrained from implementing” the mandate, which requires all DOE staffers to have at least one vaccine dose by Sept. 27 or face termination.

Henry Garrido, as executive director of District Council 37, one of the petitioners in the suit, hailed Tuesday’s decision. 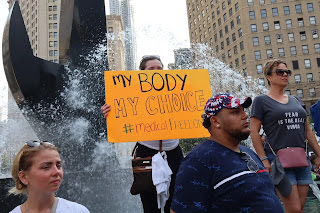