“Concelebration” in the Traditional Latin Rite

For those who like to see priests together in church doing the same thing at the same time, and perhaps are under the impression it all began with Vatican II, here’s a picture of two priests “concelebrating” in the traditional Latin rite of holy Mass.

Concelebrating, it turns out, is not a new thing and not something that can happen only in the case of the novus ordo, making it for that reason a necessity, as some are claiming.

We could even go far as to say that concelebrating the traditional rite is more effective because two Masses are being said instead of one. More Masses are always better than fewer Masses. 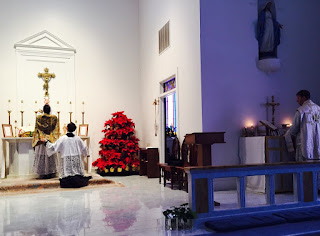