2011 March for Life: Hundreds of thousands invisible to and ignored by the anointed media outlets

Offering images here of only some of the hundreds of thousands of pro-lifers who gathered in Washington, DC, on January 24th, 2011, that the so-called "mainstream media" do not want you to know about. 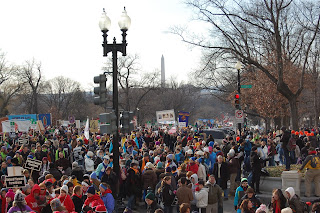 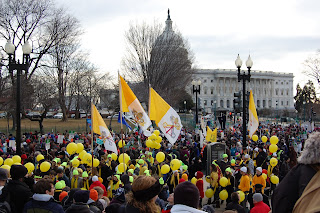 Members of Saint John Cantius from Chicago were the most colorful in their yellow clothing and "war paint", bearing balloons and papal flags and also the loudest group at the March, dancing and shouting "We love babies, yes we do!" and drawing a response from the crowd flowing past at this point on Capitol Hill. 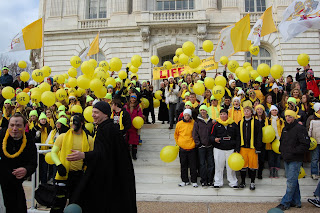 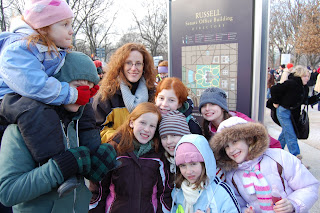 The Cusick family and friends of Catonsville, Maryland, came on a bus filled by members of Saint Agnes Parish and led by their pastor Father DeAscanis of the Archdiocese of Baltimore. 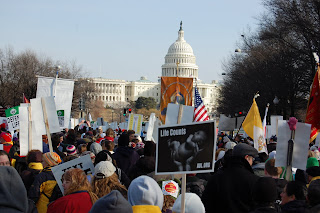 The Capitol dome above the thousands filling Constitution Avenue and marching toward the Supreme Court. 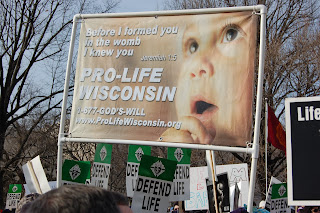 A group from Wisconsin bearing this sign from one of many states represented in the March and giving the stamp of a national movement to the forces for life at every stage from conception to natural death in the United States. 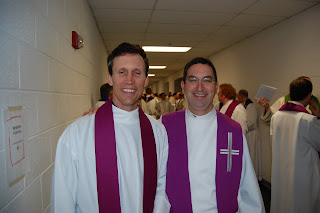 Fr Kevin Segerblom, left, and vocations director Fr. Mike Boehling also represented the Diocese of Richmond at the Rally and Mass for Life at the Verizon Center Monday morning. 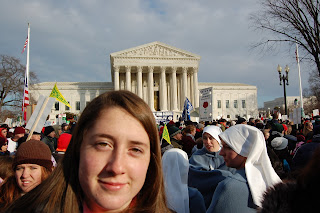 My friend Caroline Guarno from Jacksonville, Florida, and friends traveled to the March with the Servant Sisters of the Home of the Mother, pictured in the background on right. 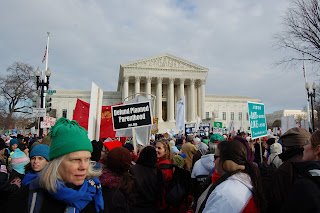 "Defund Planned Parenthood" was a prevalent sentiment at the 2011 March for Life. 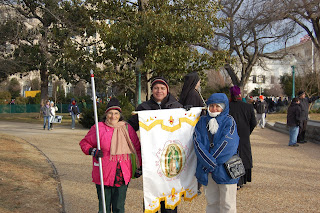 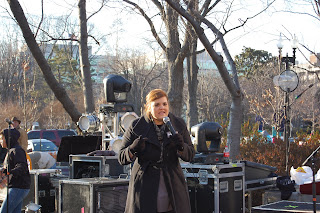 Former Planned Parenthood abortionist Abby Johnson speaks to young people and families about her conversion to the pro-life cause and urging them to continue and strengthen their efforts to defeat the death mills of Planned Parenthood and the injustice of Roe v. Wade. 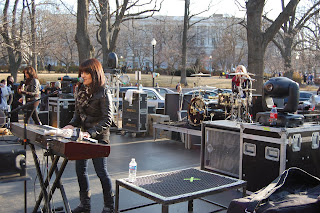 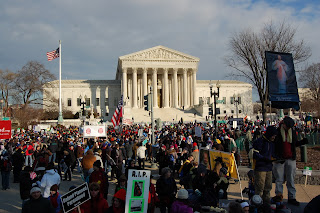 Among the signs at the march, some here invoke the Divine Mercy of Christ and mourn over the millions of lives lost through legalized murder of the most defenseless and the weakest human persons among us in the womb since 1973. The thousands will march every year on the anniversary of Roe v. Wade until once again Life is guaranteed in law as a fudamental right for every human being.
Posted by Father Kevin M Cusick at 12:35 PM

Awesome...
Wish I could have been there.