This is not an isolated case:

Baptisms by Arizona priest presumed invalid due to error 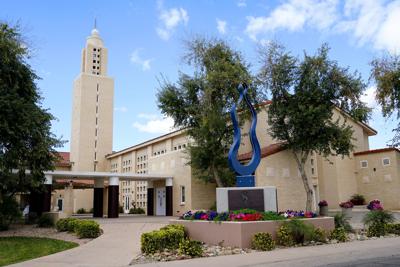 PHOENIX (AP) — The priest was beloved by his parishioners — yet for years he made a one-word ritual mistake, repeatedly, that has caused confusion and anxiety for thousands of Catholics in the Phoenix area now worrying that they were improperly baptized.

Under scrutiny are baptisms performed by the Rev. Andres Arango, who served in Arizona for 16 years. Catholic officials estimate that thousands of baptisms are now presumed to be invalid because he used incorrect wording, and they say those affected may need to be re-baptized. Some may feel obliged to have other church ceremonies performed again, even including marriage.

Arango’s error was in saying, “We baptize you in the name of the Father, and of the Son, and of the Holy Spirit,” when he should have begun the sentence by saying, “I baptize you.” The difference is theologically crucial, the Vatican ruled in 2020, because it’s not the “we” of the congregation doing the baptizing but the “I” of Jesus Christ, working through the priest.

Arango served in three parishes in metro Phoenix from September 2005 until his resignation Feb. 1, most recently at St. Gregory, where parishioners credited him with reversing a worrisome drop in membership.

“Without his heartfelt kindness, care, concern and shepherding, physically and spiritually, our church and school would be nonexistent,” said Mona Shelley, a lifetime member of the parish. She said Arango had returned to the church several times since his resignation to perform re-baptisms with the proper wording.