What are those conditions, you ask?

What this means is that the bishops will carefully control which designated parishes can offer the traditional Latin Mass. This only adds up to a public admission that the Vatican II liturgy can survive only under these artificially imposed conditions, given its spreading popularity among young priests and the few remaining Catholics who still attend Mass outside of funerals and weddings. 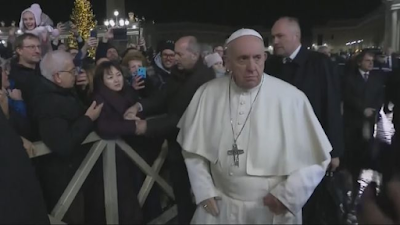 An urgent news item by our friends at Messa in Latino, the Pope spoke on the matter yesterday to the Italian bishops during the portion of the Italian Conference of Bishops' meeting in which the assembly was closed to the media:

It is, for the moment, still fragmentary news, coming from our multiple sources within the CEI [Italian Conference of Bishops] and bishops, but it seems that yesterday (May 24, 2021) the Pope, addressing the Italian bishops at the opening of the annual assembly of the CEI ( and in a subsequent meeting with a group of them), announced the imminent reform for the worse of the Motu proprio Summorum Pontificum.

From what is known, it would be a return to the indult -- with a prior authorization of the bishop [as under the motu proprio Ecclesia Dei], or of the Vatican -- with all that it entails, that is, a reintroduction of the prohibition of the celebration according to the Missal of St John XXIII, so many denials of authorizations, and the ghettoization, in practice, of the priests and faithful attached to the old rite. After Moses, the Liberator, Pharaoh returns. [Source]