St George, patron of US Army Armor Branch, pray for us!

Our tanks were camoed in woodland colors like this. Before Gulf War and desert camo became dominant. As a second lieutenant I was a platoon/tank commander and positioned where you see the soldier on the left on photo. The loader is the soldier visible to the right. Inside the tank are the gunner and driver, for a total of four crew members. 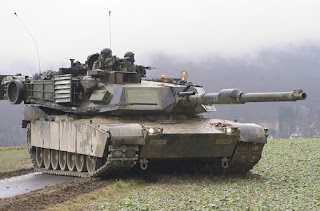 While serving in 2AD at Fort Hood, 1985-1989, I was involved in ceremonies for inducting fellow officers into the order of Saint George, a coveted status for tankers of all faiths but a matter of special pride for Catholics, as the military reached into our own tradition to express recognition of honor, excellence and high achievement. 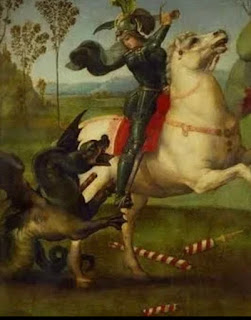